, /PRNewswire/ -- 2015 Parents, revealed that parents are letting their kids, who are 8-14 years old, learn about money the hard way, but may not be having the appropriate financial conversations to help guide their decisions. Additionally, the survey found that a growing number of parents think that it is appropriate for schools to teach financial education, and three-quarters of parents think there should be a personal finance requirement to graduate high school.

, vice chairman of , commented, " believes that financial education can be a valuable component of an educational curriculum. We're pleased to see an increasing number of schools incorporating it into their programs nationwide. The complexity of today's world requires a good understanding of basic financial concepts, in order to save and spend wisely. Financial education works best when schools and parents work together to teach money matters and reinforce lessons from the classroom in daily life."

encourages parents to invest in their kids' futures by talking to them about money matters weekly. To help, the firm created MoneyConfidentKids.com. The site provides free online games for kids, lessons for educators, and tips for parents, focused around the financial concepts of goal setting, spending versus saving, inflation, asset allocation, and diversification.

, CFP®, a senior financial planner at , explains, "Parents need to put aside any reluctance to discuss money matters and find a balance between providing firsthand experiences for kids and talking about finances. While there is value in letting kids learn from mistakes, parents should also regularly discuss money, provide context and guidance, and use the real-life experiences to reinforce money conversations."

Since 2009, has used online games and experiences to engage kids in learning about money matters in a fun and interactive way. The firm will soon launch Star Banks Adventure, a new online game and mobile app designed with a matching concept that reinforces learning, while engaging kids in an epic adventure to save the galaxy from financial chaos.

LEARNING ABOUT MONEY THE HARD WAY

SCHOOLS HAVE A ROLE TO PLAY

HOW TIMES HAVE CHANGED

The seventh annual Parents, , conducted by , aimed to understand the basic financial knowledge, attitudes, and behaviors of both parents of kids ages 8-14 and their kids ages 8-14. The survey was fielded from , through , with a sample size of 1,000 parents and 881 kids ages 8-14. The margin of error is +/- 3.1 percentage points. All statistical testing done among subgroups (e.g., boys versus girls) is conducted at the 95% confidence level. Reporting includes only findings that are statistically significant at this level. 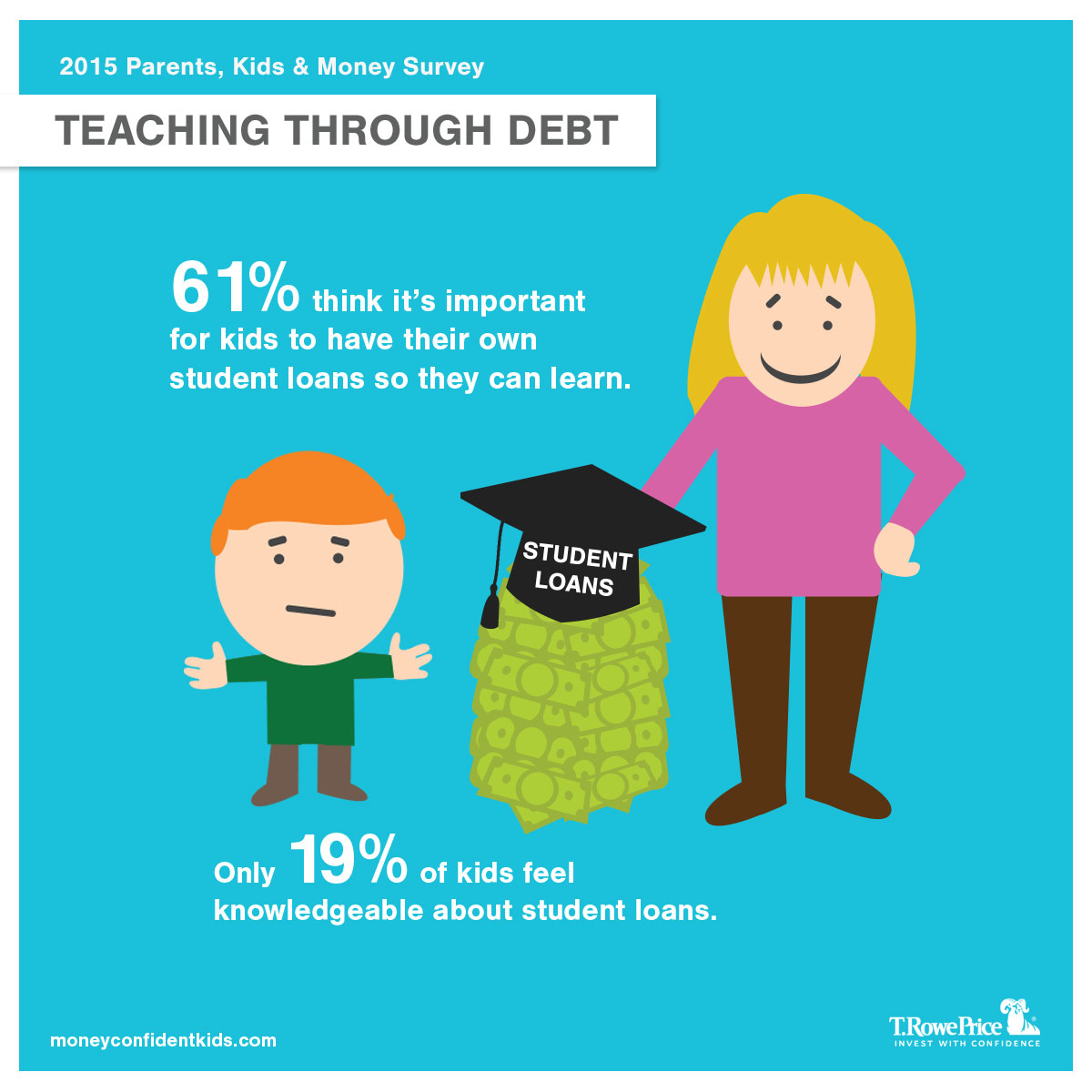 To view the original version on PR Newswire, visit:http://www.prnewswire.com/news-releases/t-rowe-price-parents-let-kids-learn-about-money-the-hard-way-300055885.html